ASIAN PEOPLES OF THE RAINFOREST

|  Last updated July 31, 2012
Asia is by far the most populous region on earth, and population pressures have pushed people into forested lands where they interrupt the lives of the few remaining forest people. The original inhabitants of Southeast Asia were dark-skinned, frizzy-haired, broad-nosed "Australoids" (the term historically used by anthropologists), some of whom moved into Australia. They were hunters, not farmers, but nonetheless used a wide variety of plants for food, medicinal remedies, and other useful products. These people since have been pushed into the extreme reaches of the rainforest by waves of immigration. Today the original people of Asian rainforests are found only in remote parts of forests of the Malay peninsula, Borneo, the Andaman islands, the Philippines (Palawan island), and New Guinea.

The Australoids were pushed farther into the forest by the arrival (about 7,000 years ago) of better farmers, the Proto-Malays from India and Burma who had brown skin, wavy hair, and facial features that anthropologists historically termed "Caucasoid". These people were pioneers of the domestication of plants. From 5,000 to 3,000 years ago, the Deutero-Malays arrived from southern China. They have features that anthropologists historically termed "Mongoloid" and today are the dominant people of Southeast Asia; almost none are found in the rainforest.

Because of the tremendous population of Asia, very few rainforest peoples continue their fully traditional way of life. Even so, those that do follow their forest beliefs have rich traditions. Like forest peoples of other regions, many Asian forest dwellers believe in close spiritual ties between human and animals. In fact, many believe that their souls interchange into the bodies of animals during sleep or at death. Shamans, the so-called "witch-doctors" of tribal rainforest peoples, claim the ability to communicate with animal spirits through trances. Often shamans claim to take the form of a tiger, much as the shamans of the New World often take the form of a jaguar.

A Brief Social History of Borneo


As mentioned earlier, the forest peoples of Asia are few, existing in a few traditional enclaves, because of historic migrations and encroachment on their lands due to overpopulation. Some of the few remaining groups are directly threatened by the Indonesian transmigration program, which is working to move millions from crowded Java, Bali, and Lombock to Sulawesi, Sumatra, Borneo, and Papua [on the island of New Guinea]. The stated goal is to reduce population pressures from highly populated central islands and to develop outer islands through road, communication, and city construction. The people who suffer most from this program are the original inhabitants of these outer areas. The program has resulted in great deforestation for fuelwood and building materials for colonists' needs. In addition, the program has contributed to stirring up the anti-Indonesian feelings of those residents of the lands conquered by Indonesia during its aggressive expansion campaign of the late 1960s. In East Timor, for example, tensions between the Indonesian military and locals who desire independence led to violence and eventual UN intervention. Large-scale logging throughout Indonesia, especially in Borneo and New Guinea [New Guinea news], has displaced thousands of tribal peoples.

Indonesia's official transmigration program is now waning, but informal transmigration is still occurring through development schemes, especially in the plantation sector, where workers are brought from one part of Indonesia to another to work on timber plantations and oil palm estates. In fact, these projects sometimes generate animosity by using imported labor rather than employing local workers. These conflicts are especially apparent today in Indonesia New Guinea (mostly West Papua) and Indonesian Borneo (Kalimantan). 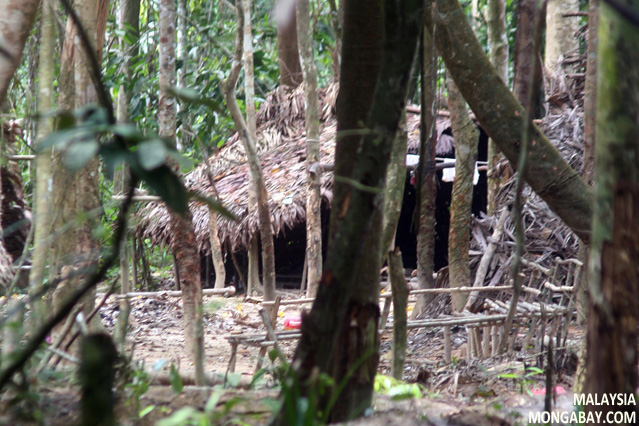 Continued / Next: American peoples of the rainforest