THE IMPACT OF POLITICAL AND ECONOMIC RESTRUCTURING ON DEFORESTATION

|  Last updated July 27, 2012
In recent years economic globalization has brought about profound changes in countries around the world. Generally there has been a trend of decentralizing government and reducing the role that government plays in the everyday life of its citizens. In developing countries, this shift has implications for tropical forests.

Whether determined by a market economy or dictated by a command economy, management of forest land has usually been the responsibility of public forest services. Forest exploitation firms have dealt through these bureaucracies, which generally ensure some sort of control over the allocation of forest lands.

Today the governments of many developing countries have decentralized their control over the forestry sector and privatized many of the state-owned forest industries. The budgets of national forest services have been reduced and management has been transferred to local governments, private firms, and organizations, and NGOs. This transfer brings decision making closer to the local level where policy can be more responsive to local conditions, but can also result in new challenges, like compliance with environmental laws and elevated risk of corruption. Research published in 2011 found that decentralization in Indonesia contributed to the country's high deforestation rate — the study concluded that politicians in forest-rich districts seem to repay their election debts by granting forest concessions.

Privatization associated with decentralization is also controversial in some circles, especially in cases whether corporations aren't responsive to local concerns or acquire rights to convert lands that are traditionally used by local communities. Usually the government — whether local, state, or national — is ultimately at fault for failing to recognize historic land use and granting problematic concessions, but the situation can be worsened when a firm employs heavy-handed tactics, like private security forces, to displace traditional land users or buys land from individuals within a without proper consent from the community.

Even with some negative impacts, decentralization can be beneficial for forest management. Many tropical governments have proven themselves incapable of effectively managing forest resources — local governments, private companies operating within the proper regulatory environment, local communities, and NGOs may do a better job. For example, land turned over by the Ministry of Forestry to local communities on the island of Java has led to forest recovery. Local communities have a direct incentive to steward land when they own it collectively. That's not the case for state lands.

The trend toward globalization — where commodities produced in the tropics are shipped to markets around the world — is putting new pressures on forests. With booming commodity prices due to growing affluence and the inexorable rise in global population, demand for land is greater than ever. Land buyers are usually the entities with the most money — companies in the big agriculture, oil, timber, and mining sectors.


More on globalization and rainforests 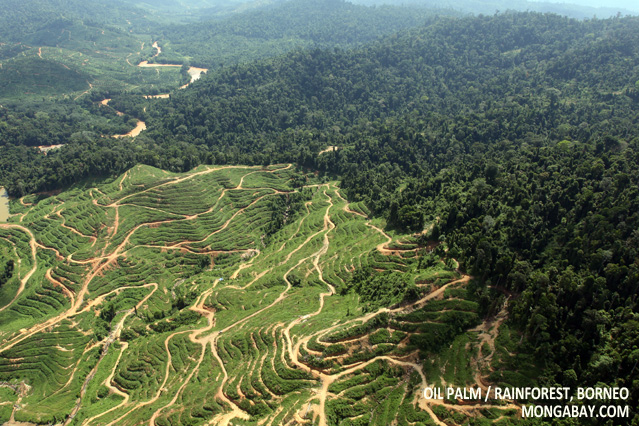