THE IMPACT OF WAR ON DEFORESTATION

|  Last updated July 22, 2012
War can be a blessing in disguise or a curse to the rainforest, depending on the course of events that surrounds the war, and the situation before the outbreak of the war.

War brings panic, disorganization, and concerns of survival above most commercial activities—circumstances that can help protect the rainforest by keeping people from destroying it. War may bring the downfall of governments that sell rainforests assets to service debt payments and finance for weapons purchases, as well as the departure of foreign investors from the country, leaving operations at a standstill. Such was the case with the civil war in Liberia during the late 1990s, where wealthy businessmen fled the country, resulting in the shutdown of commercial exploitation activities in the forests. Continuous warfare, like that of Mozambique from 1977-1992, also has the effect of keeping foreign investors uninterested in risking their capital in investment schemes that could use the forests for economic returns.

Fighting and safety may preoccupy people more than hunting, the collection of fuelwood, and slash-and-burn agriculture, so forest can benefit from the absence of these activities. Many times, rural areas are evacuated and poor farmers crowd into urban areas or refugee camps, relieving some of the pressure on forests. Another deterrent to rainforest exploitation is the guerrillas who sometimes hide out in the rainforest. In places like Vietnam, Cambodia, Laos, Mozambique, and Angola, so many land mines were laid that people were at risk of detonating them each time they set forth in the forest. So people who might have exploited it usually avoided the forest. Forests are generally safest during wars when the country has a low population density and thus few human population threats to the forest.

However, in countries where population puts pressures on the natural resources, rainforests and wildlife may be decimated by war. Where governments may have worked to preserve forests through some form of park structure, the disappearance of structure can result in the total failure of parks. For example, in Rwanda, where the appalling Tutsi-Hutu ethnic civil war resulted in the deaths of hundreds of thousands of civilians, wildlife suffered from the movement of refugees. While the actual warfare did little damage to the forest, subsistence hunting and fuelwood collection from refugee camps devastated Virunga National Park in the Democratic Republic of the Congo (formerly Zaire). More than 750,000 refugees who were crowded into an unsanitary camp put tremendous pressures on park resources and more than 20,000 acres of protected area were deforested. Four out of the five habituated mountain silverback gorillas in the park were killed while other wildlife was hunted with machine-guns. Exiled Tutsis returned with livestock to graze the countryside, further damaging sensitive areas.

The chaos of the late 1990s in the Democratic Republic of the Congo seriously impacted the conservation institutions and national parks of the country. Four world heritage sites—Virunga National Park, Garamba N.P., Kahuzi-Biega N.P., and the Okapi Wildlife Reserve—were affected by the rebels, and park facilities were looted by fleeing government troops. Still wildlife fared pretty well in some places due to heroic efforts by rangers. For example, in 2005 Corneille Ewango of the Wildlife Conservation Society was awarded the prestigious Goldman Environmental Prize for risking his life to protect the Okapi Faunal Reserve from incursions by rebel militias.


The presence of guerrilla fighters in the rainforest sometimes causes the government to take steps to destroy their refuge, using defoliants and clear-cutting to expose their strongholds. Such is the case in Burma and Sri Lanka where rainforest is destroyed for this purpose. At other times, fighting is carried out in the rainforest, resulting in damage from gunfire, explosives, and soldier movement, as in the forested Chiapas state of Mexico during the early and mid-1990's.

In some countries, like Thailand and Colombia, forestry officials were actively targeted by rebels. Here, where logging was often carried out illegally for timber barons, any government employee is seen as the enemy. For example, in Thailand, where logging of native forests was banned in 1988, timber barons in the 1990s and early 2000s were known to hire armed gangs to illegally harvest trees from reserves. After a series of shootings, unarmed forestry officials avoided confrontation by staying out of these areas. The situation in Thailand illustrates a problem facing park rangers and forestry officials worldwide: how to confront heavily armed bands of illegal loggers and poachers. Is protecting a forest worth your life?

Guerrillas and rebel groups also target oil installations, pipelines, and mining operations. The resulting oil and chemical spills can have serious environmental consequences, polluting local streams and rivers and affecting wildlife. For example, the the Caño Limon-Covenas oil pipeline in eastern Colombia was attacked 498 times in its first 11 years of operation, while oil operations are routinely damaged in the Niger River delta in Nigeria.

Finally, in some places guerrilla movements have deterred activities that drive deforestation. The FARC insurgency in Colombia was a major reason why vast parts of Colombia has not been logged or converted for industrial agriculture from the 1980s until the mid-2000s. During that period Colombia had one of the lowest deforestation rates in Latin America. Yet aerial coca-eradication spraying programs had other negative effects on forests, killing all vegetation and posing long-term health risks to farmers. 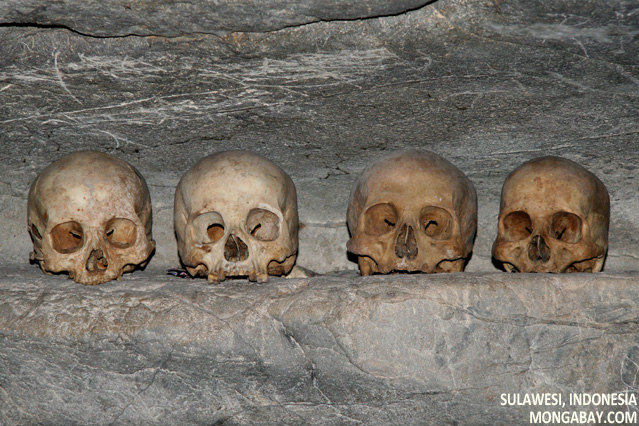