IMPACT OF POLLUTION IN THE RAINFOREST

|  Last updated July 27, 2012
Forests around the world are affected by air and water pollution, produced from industrial and commercial activities. Besides the pollution caused by oil spills, toxic by-products, and mining accidents, rainforests are seriously degraded by air pollution. Brazil's Atlantic forest was widely damaged in Cubatão (São Paulo state) by pollution during the 1970s and 1980s.

Acid rain, which has been increasing in the tropics in recent decades due to growing industrialization, also takes its toll on tropical forests.

Dumping of trash and human waste into tributaries from overcrowded cities has resulted in serious pollution in many tropical countries. In some areas, rivers are no longer safe for human use, while plant and animal life suffers.

Fertilizers and pesticides used in agricultural areas adjacent to forests can take a toll on rainforest wildlife, including critical pollinators and seed dispersers. Overuse and misapplication of nitrogen fertilizers can cause "dead zones" of low oxygen content in river deltas and the ocean.

Since chemicals tend to accumulate up the food chain, top predators are likely to be most affected by any toxic substances used in pesticides and fertilizers. For example downstream of mining areas in the Amazon scientists have found high concentrations of mercury. 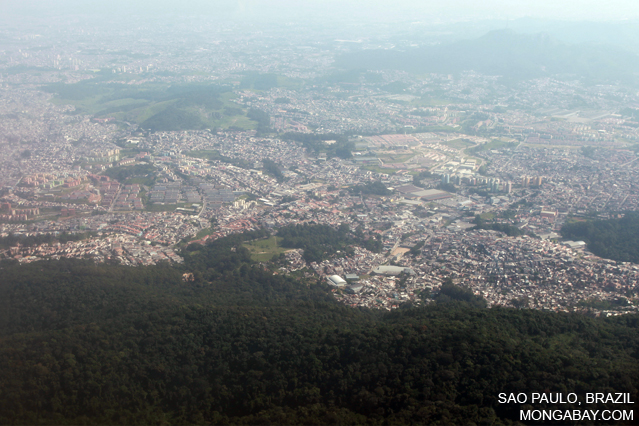