SOIL EROSION AND ITS EFFECTS

|  Last updated July 22, 2012
The loss of trees, which anchor the soil with their roots, causes widespread erosion throughout the tropics. Only a minority of areas have good soils, which after clearing are quickly washed away by the heavy rains. Thus crop yields decline and the people must spend income to import foreign fertilizers or clear additional forest. Costa Rica loses about 860 million tons of valuable topsoil every year, while the Great Red Island, Madagascar, loses so much soil to erosion (400 tons/ha) that its rivers run blood-red, staining the surrounding Indian Ocean. Astronauts have remarked that it looks like Madagascar is bleeding to death, an apt description of a country with grave environmental degradation and an agriculture-reliant economy that depends on its soils. The rate of increase for soil loss after forest clearing is astonishing; a study in Ivory Coast (Cote d'Ivoire) found that forested slope areas lost 0.03 tons of soil per year per hectare; cultivated slopes annually lost 90 tons per hectare, while bare slopes lost 138 tons per hectare.

After heavy tropical rains fall on cleared forest lands, the run-off carries soil into local creeks and rivers. The rivers carry the eroded soils downstream, causing significant problems. Hydroelectric projects and irrigation infrastructure lose productivity from siltation, while industrial installations suspend operations due to lack of water. Siltation also raises river beds, increasing the severity of floods, and creates shoals and sandbars that make river navigation far more troublesome. The increased sediment load of rivers smothers fish eggs, causing lower hatch rates. As the suspended particles reach the ocean, the water becomes cloudy, causing regional declines in coral reefs, and affecting coastal fisheries. The loss of coral reefs worldwide, often labeled the rainforests of the sea, is especially distressing to scientists because of their tremendous diversity and the important services they provide. Coastal fisheries are affected not just by the loss of coral reefs and their communities, but by the damage inflicted on mangrove forests by heavy siltation.

Besides damaging the fisheries industry, deforestation-induced erosion can undermine roads and highways that cross through the forest.

Erosion is extremely costly for developing countries. Besides the damage to infrastructure, fisheries, and property, erosion of precious topsoils costs tens of billions of dollars worldwide each year. For example, in the late 1980s the Indonesian island of Java was losing 770 million metric tons of topsoil every year at an estimated cost of 1.5 million tons of rice, enough to fulfill the needs of 11.5-15 million people. 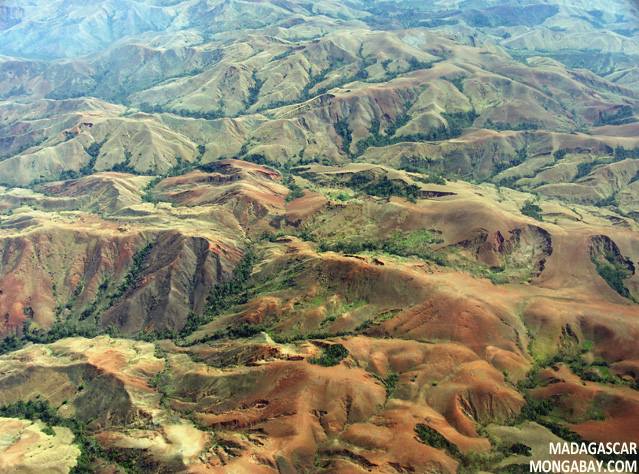