Cambodia has one of the worst deforestation rates in the world. Since 1970, Cambodia's primary rainforest cover went from over 70 percent in 1970 to 3.1 percent today. Worse, Cambodia's deforestation has been accelerating over the past decade, largely a product of industrial plantation expansion, logging, and conversion for agriculture.

According to research led by Matthew Hansen of the University of Maryland, just over 40 percent of Cambodia is densely forested. The country's deforestation of roughly one percent a year between 2000 and 2012 gives it the fourth highest deforestation rate among major forest countries.

The civil war —which ran from the 1970s to the mid 1990s—is responsible for setting the stage for illegal logging. During the conflict, each warring faction financed fighting through timber sales. According to the Trade and Environment Database (TED), the Cambodian government exported mostly to Japan and Vietnam, while the three guerrilla groups (including the Khmer Rouge) sent logs to Thailand. Thai timber companies—often with the involvement of military officials— were found to be actively engaged in logging of forests along the Cambodian border.

During the 1990s, illegal logging was so widespread in Cambodia that the IMF canceled a $120 million loan and the World Bank suspended direct aid to the government until the corruption in the forestry sector was resolved. In response, the government moved to crack down on logging operations while issuing bans on unprocessed log exports and imports of logging equipment. The actions appear to have had little effect: between 2000 and 2005, Cambodia lost nearly 30 percent of its primary forest cover.

Deforestation in Cambodia also results from subsistence activities, notably the collection of fuelwood and clearing for agriculture. The hunting of wildlife as bushmeat is widespread in the country, while mining for gold, bauxite, and iron is increasingly a threat to Cambodia's forests as well. The government has recently introduced stricter legislation to govern small miners, including environmental provisions.

While the Cambodian government has struggled to enforce environmental regulations in the face of corruption and illegal activities, it has shown interest in reducing deforestation and setting up protected areas. On paper, more than 20 percent of Cambodia is under some form of protection, including the spectacular ruins of Ankor, which cover over some 400 square kilometers and are one of the most important archaeological sites in Southeast Asia. However, even this World Heritage site is threatened by unrestrained tourism, experienced rapid hotel development in the early to mid 2000s. 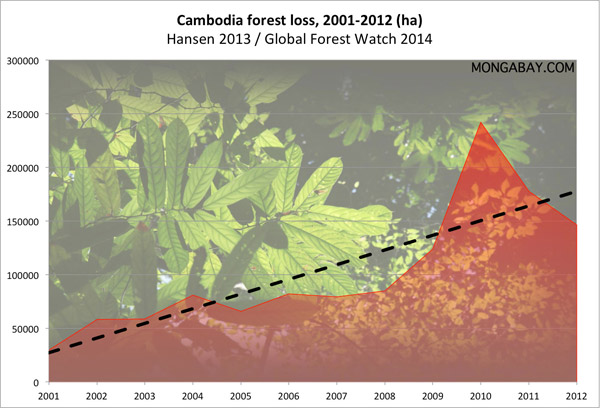 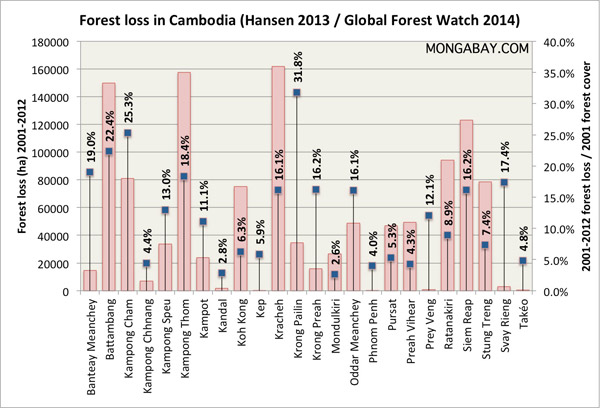 Forest loss by province in Cambodia 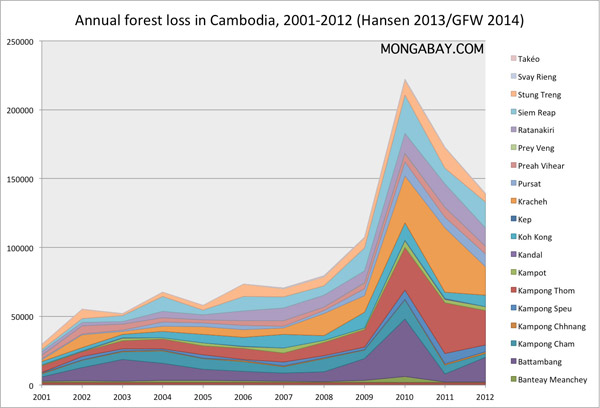 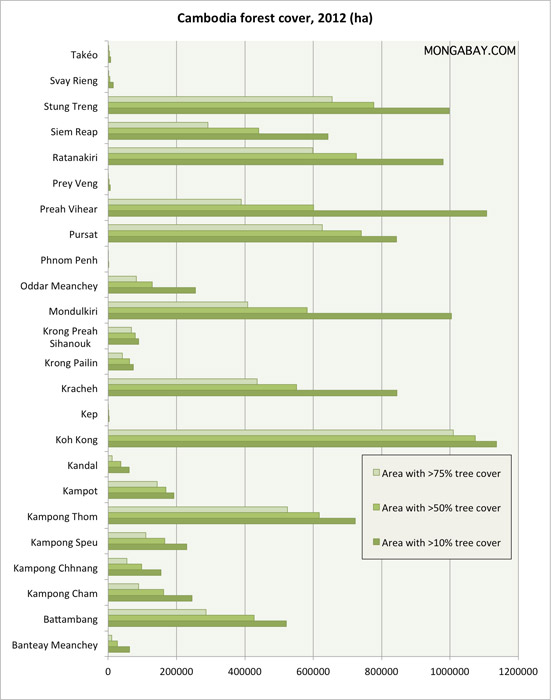 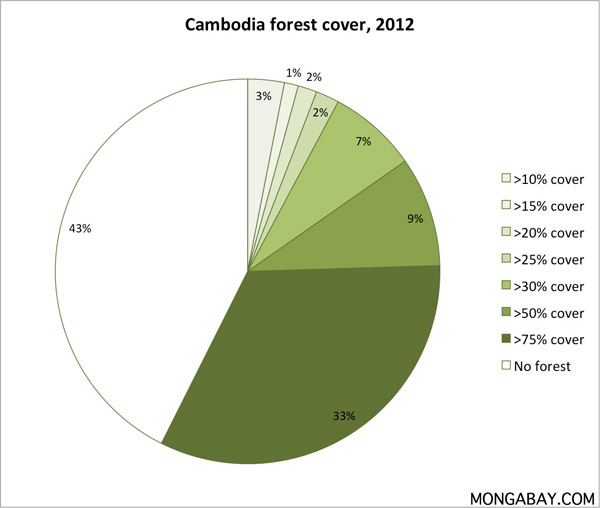