In the 1990s and 2000s, Myanmar, the country formerly called Burma, was an environmental pariah, with a high deforestation rate and widespread illegal logging. Now with the country opening up to foreign investment, there are fears that forest conversion could increase, a prospect that especially concern conservationists given climbing deforestation since 2000.

Myanmar's dense forests are found mostly in Shan (25 percent of the country's forests using a 50 percent tree cover threshold), Kachin (19 percent), and Sagaing (14 percent) in the northern parts of the country. These states and regions have also had the highest aggregate loss of forests, amounting to nearly 850,000 hectares between 2000 and 2012, according to research led by Matthew Hansen.

Overall Myanmar lost some 1.4 million ha of forest since 2000, ranking it well behind Indonesia and Malaysia, but ahead of other Mekong nations, including Cambodia, Laos, Vietnam, and Thailand.

Drivers of deforestation in Myanmar include conversion for agriculture, both subsistence and industrial; legal and illegal logging, including establishment of teak plantations; and various types of mining. 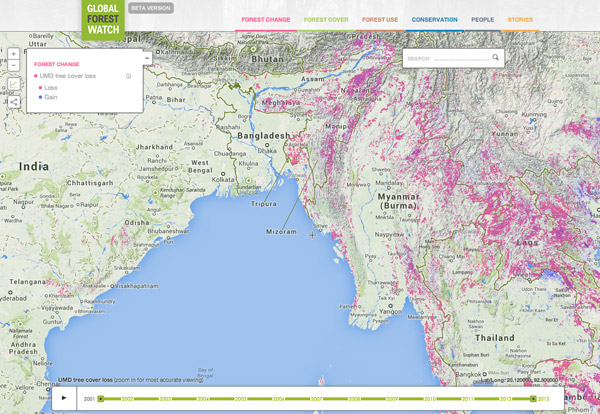 Myanmar's protected area system lags behind its peers in the region, but conservation groups are stepping up programs. There is a lot to protect: Myanmar has some 1709 known species of amphibians, birds, mammals and reptiles according to figures from the World Conservation Monitoring Centre. Of these, 4.7% are endemic and 5.9% are threatened. Myanmar is home to at least 7000 species of vascular plants, of which 15.3% are endemic. 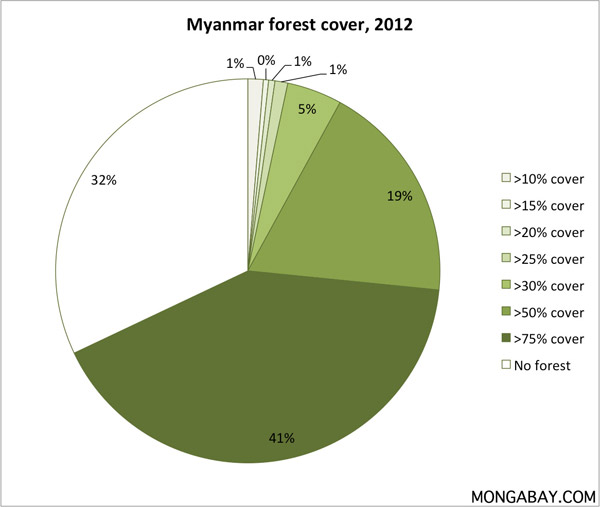 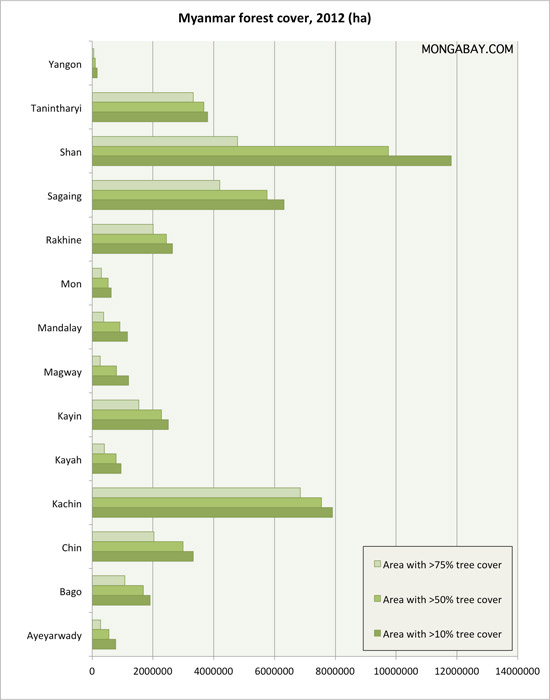 Forest cover by state in Myanmar 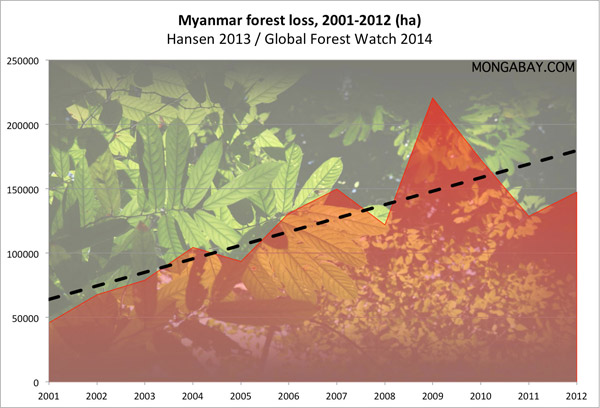 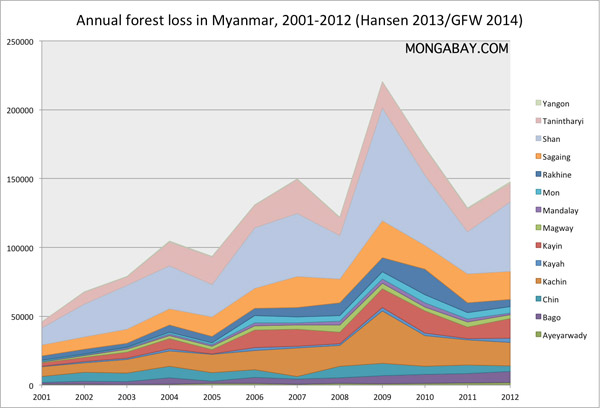 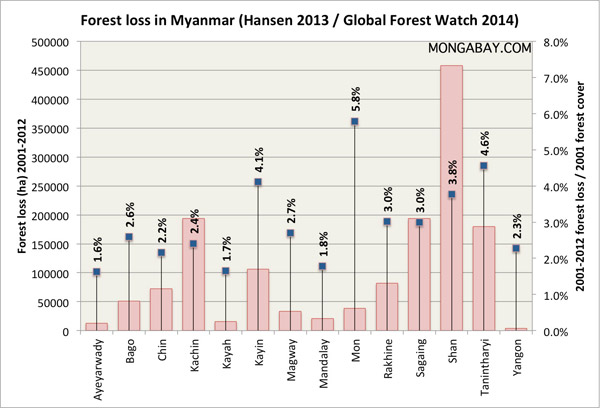 Forest loss by state/region in Myanmar