While Nigeria is probably best known today for its oil deposits, the country is home to a rich diversity of forests and wildlife, including at least 899 species of birds, 274 mammals, 154 reptiles, 53 amphibians, and 4,715 species of higher plants. Nevertheless Nigeria's forests are some of the most threatened on the planet due to high population growth rates, conversion for subsistence and industrial agricultural, and logging.

As of late 2012, nearly half of Nigeria is forested (defined as land with more than 10 percent tree cover), but the country's rainforests are fast declining. According to the U.N., Nigeria lost nearly 80 percent of its old-growth forests between 1990 and 2005, giving the dubious distinction of having the highest deforestation rate of natural forest on the planet during that period. 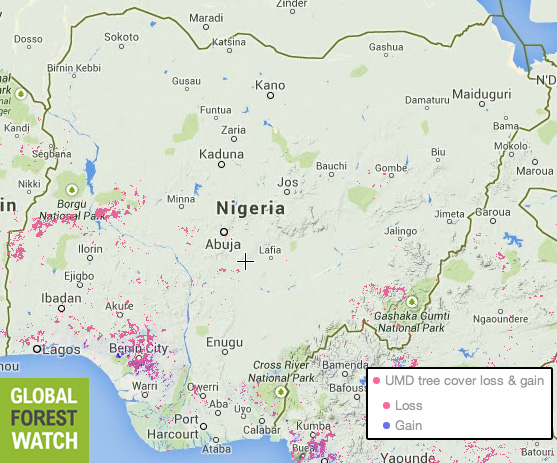 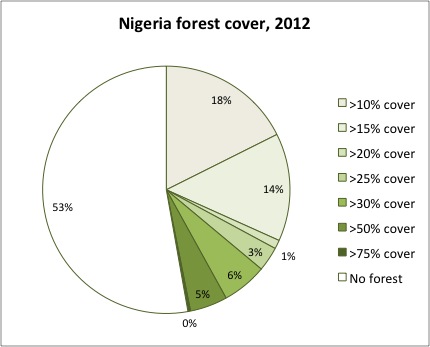 Most of Nigeria's rainforests are located in the Niger River Delta. The country's dense forests are concentrated in the stats of Bayelsa, Cross River, Edo, Ekiti, Ondo, Osun, Rivers, and Taraba. Together those eight states account for nearly 95 percent of Nigeria's land area that has more than 50 percent tree cover. 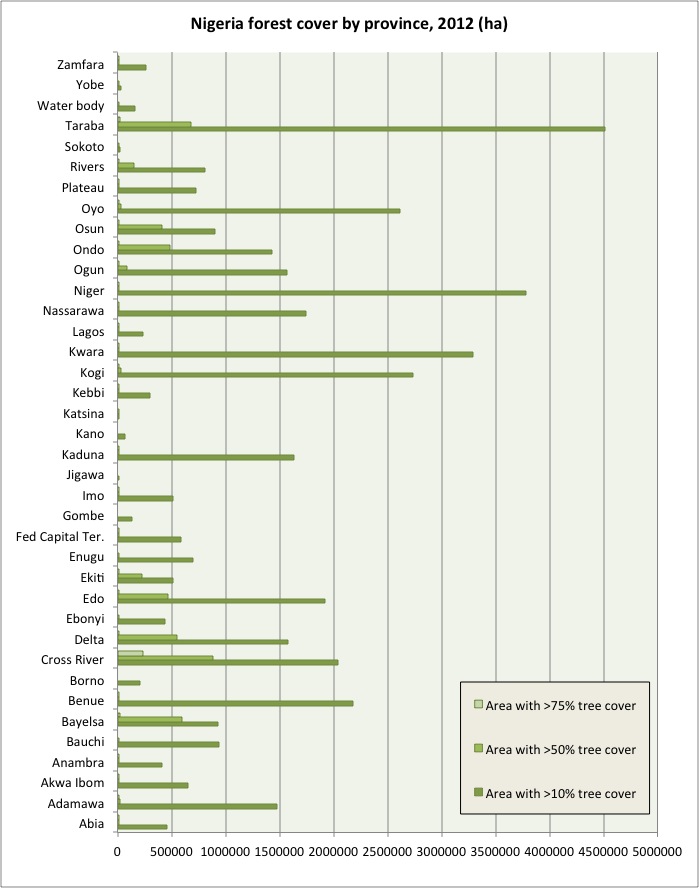 Forest cover by state in Nigeria


Recent data from Matt Hansen and Global Forest Watch suggest that deforestation is rising in Nigeria. 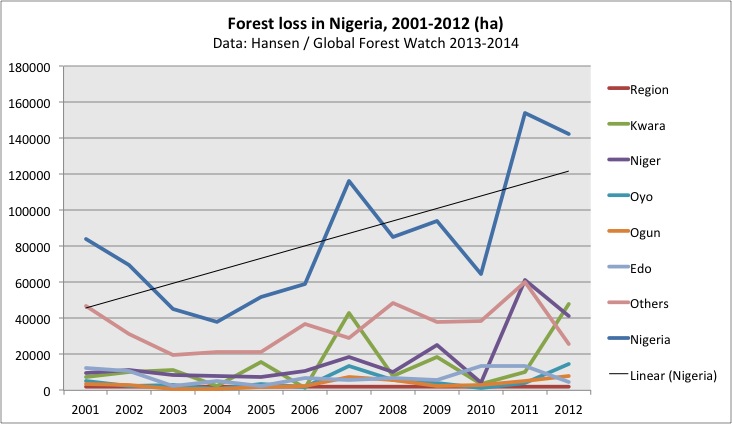 This trend seems to be confirmed by the increasing number of NASA-based forest loss alerts. 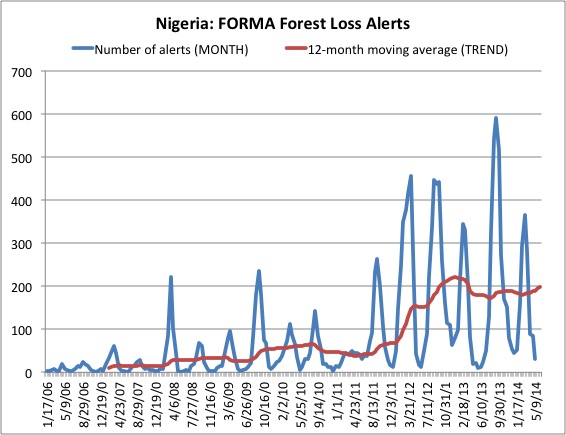 In the 1990s, Nigeria became notorious for conflict linked to oil development in the Niger River Delta. The conflict was capped by the 1995 execution of eight environmental activists, including Nobel Peace Prize nominee Ken Saro-Wiwa who led opposition to Shell Oil's activities in the Ogoni homeland.